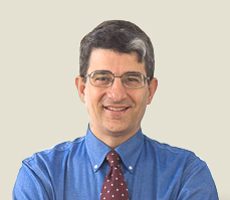 You are here: Home / Law Firm Leadership / Leadership Lesson from the Past: Bernard Baruch – Profile in Lea...

I’m an avid reader of historical leadership. I have at least one book, if not more, on each President of the United States. I collect and read these books for one main purpose – to help further my leadership education and development. The story of each President – whether good or bad – contains numerous lessons in leadership.

This study of the Presidents has led me to discover a true treasure of leadership – persons who have worked with or otherwise influenced elected leaders, while never holding the highest office. To name just a few, I think of Seward’s involvement in the Lincoln Administration, the influence of Clementine Churchill during the periods that the United Kingdom was led by Winton Churchill and Alexander Hamilton’s influence during the infancy of the nation.

There is one “behind the scene” leader who I did not know that much about until very recently: Bernard Baruch. I just finished the 1957 book: Mr. Baruch: The Man, The Myth, The Eighty Years by Margaret L. Coit. Though it was written 60 years ago, I cannot recommend it highly enough; not only for its content, but for the excellent way it was written. Bernard Baruch made his fortune on Wall Street (he was the original “Wolf of Wall Street”) before turning to the political scene of the early 1900’s. He was a solid Democrat, but still called on by leaders of both parties, from Wilson through Eisenhower (with an apparent mid-term falling out with President Harry S. Truman). He never ran for office, and did not hold many formal positions in the various administrations, though the few he did hold were extremely important during difficult times in our country’s past. He was Chairman of the War Industries Board during World War I, and headed the American Delegation to the United Nations Atomic Energy Commission after World War II. He was so much more than any position he ever held. He was truly a “trusted advisor”. Though Baruch was not a lawyer, that is a label every member of the legal profession desires, most believe they attain, but few actually do.

I thought it would be interesting to set out some of the passages from this very well written book which speak volume about Baruch and his leadership, and are lessons for leaders in law firms and other organizations:

From Page 673 – “He was great and he was small. He could be close fisted and perhaps the most generous man alive… He was naïve and sophisticated, vain on little things, and humble on great ones. He was ruthless and he was tender – and greater than the sum of his parts.”

Leadership Lesson – Leaders understand the setting/situation they are in and act accordingly, while never compromising on core principles and beliefs.

From Page 217 – “For, even to the novice observer, it was obvious that Bernard Baruch was by temperament a born diplomat, with a passion for getting people together and getting things done.

Leadership Lesson – Leaders focus on others first; they serve others and develop others, with the understanding of the importance of the team.

From Page 432 – “Baruch preferred power to responsibility. Roosevelt was going his own way. Sooner or later, if Baruch accepted office, a break would inevitably come, and any ‘break’ between him and the President would wreck his power and usefulness to the Administration. Baruch knew the rules of the game, and the first of these was loyalty. He urged McAdoo to support the President’s policies and, if he was dissatisfied, to take up the matter in private.”

Leadership Lesson – Leaders understand that it is not all about “me” but “we”, and that personal differences need to be aired out in private, and in the most productive way to achieve organizational success.

From Page 523 – “Yet they knew that his vanity never affected his judgment, that he was a financier who had never sold his country short. They knew him as a two-fisted fighting man whose strongest drive was what he spoke of least – patriotism, in which he could be ruthless.”

Leadership Lesson – Leaders are loyal, to both their team and the whole organization.